Happy new year, one and all.  I hope everyone’s holiday (whichever you celebrate) was merry and full of friends, family, and fun.

Things thisaways are okay enough except that we on the East Coast of the United States are currently undergoing some weather phenomenon called a “bomb cyclone.”  As if one or the other of those two scenarios wasn’t bad enough, 2018 has been ushered in by this ferocious wintry combo, the likes of which only Trump’s “bigger, better button” could heat up.  Sigh.  Some say fire, some say ice.  Only time will tell….

On to (slightly) happier news – as I find it’s hard to be jolly when you’re freezing your tuchus off – I found this article in the Tanzania Daily News in mid-December and thought I’d take the time to post it now.  It’s about teachers’ allowances in Tanzania, and the 60 million shillings that President Magufuli devoted to such, to which I say: Well done, sir, for compensating this fairly unappreciated, generally disdained, mostly female, and HUGELY under-compensated segment of the workforce.

If we do the math, this large sum of Tanzanian shillings divided by 2250 (the paltry rate of the shilling to the dollar) comes out to LESS THAN $30,000usd.  FOR TEACHERS ACROSS THE ENTIRE COUNTRY.

Now, I’m not mad at it, but it shows just how far there is to go in getting some pay equity for these women (as well as incentivizing them to actually show up, do their work, and give a hoot every day).  Thirty grand is a heck of a lot of money in TZ (or anywhere else, frankly), but it ain’t much when you take into account how vast Tanzania is geographically (365 square miles) and the magnitude of its population (56 million).  Granted, fundraising of any kind done within a developing country is a step in the right direction, and I truly hope the government continues to invest in education, including teachers’ remuneration and training/development.

Just my two cents as I sit here dreaming of balmy Moshi, cuddly Drogo, and the kachumbari at Ten to Ten….  T minus 18 days!

President John Magufuli yesterday handed over 60m/- to the Tanzania Teachers Union (TTU) that was obtained from a fundraising function he held during the opening of the union’s general meeting held in the country’s capital, Dodoma.  President Magufuli presided over the impromptu fundraising immediately after he opened the meeting on Thursday, calling on several top leaders to make a pledge that they were to fulfill before the end of the meeting. 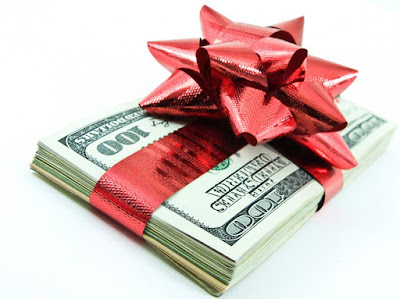 The money was handed over to the TTU’s acting president, Ms. Leah Ulaya by the president’s secretary, Mr. Ngusa Samike, on behalf of President Magufuli.  Speaking after handing over the money to the TTU boss, Mr. Samike said the money was meant to cater for the allowances of the members who were invited at the meeting, and he was categorical that the money should be spent for that purpose.

During the fundraising event, President Magufuli and Prime Minister Kassim Majaliwa contributed 10m/- each, with other top government officials, including other ministers, contributing another amount totaling 40m/-.  “The president has sent me to hand over this money to you on the condition that the teachers receive 50m/- and trainee teachers 10m/-,” said Mr. Simike.

On the same occasion, the Permanent Secretary (PS) in the Ministry of Education, Science, Technology, and Vocational Training, Dr. Leonard Akwilapo and Ms. Ulaya commended the president for supervising the collection of the money before the end of the meeting as per his promise.
The PS asked the teachers to work closely with the government because it is on the forefront of tackling their challenges, including paying their dues.
Toa Nafasi News
Share